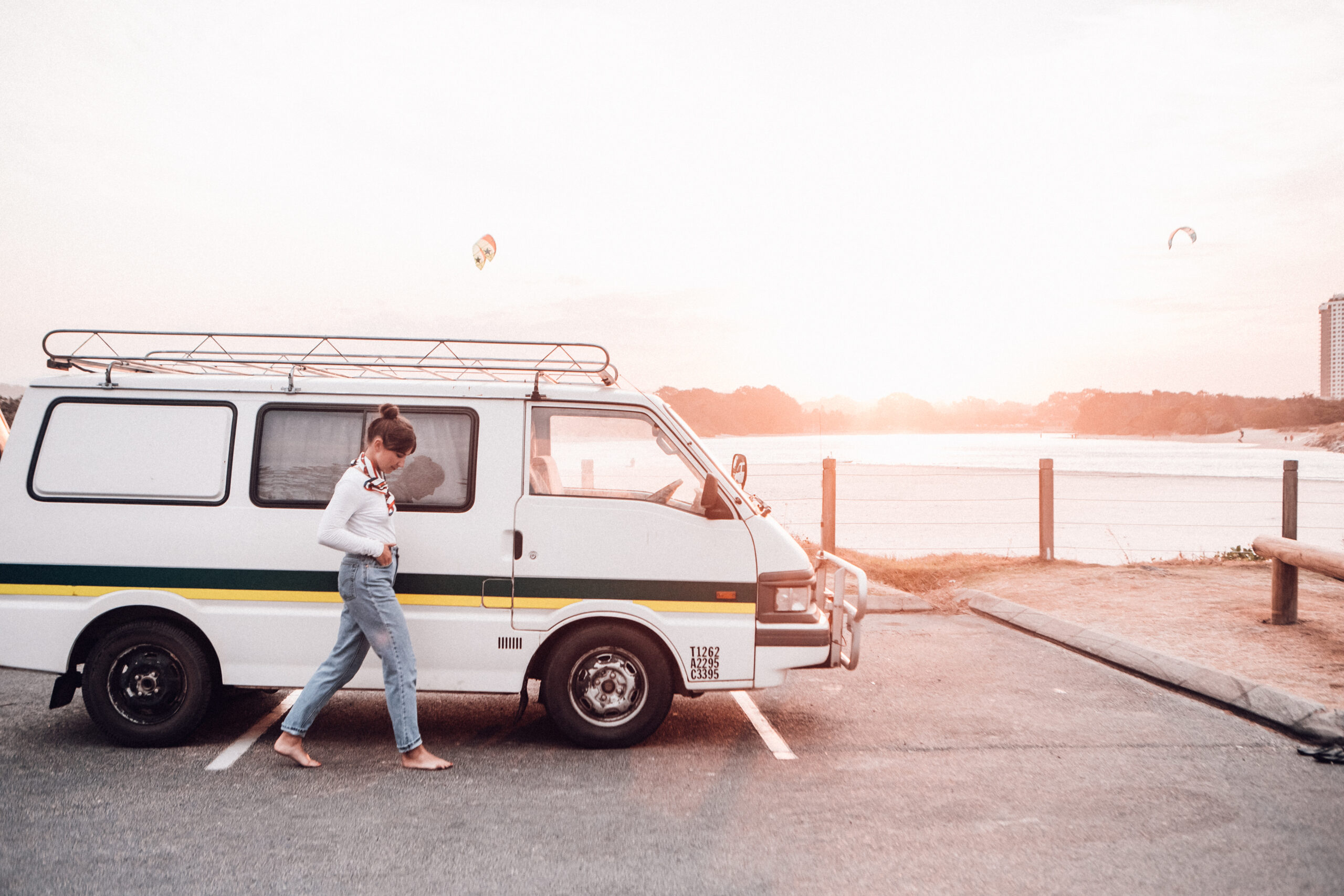 Elina Hyvölä, 23, is a freelance model scout working exclusively with IMG Models. At the moment she is traveling around Australia in her van while chasing the sun and the next super models.

I became interested in the modeling industry when I was studying in Milan back in 2015.  When I moved back to Helsinki I interned in Paparazzi Model Management. While doing my intenrship Laila & Claudia Snellman asked me to keep an eye on potential girls  when I was going to Flow festival; which was the weekend I scouted my first girl.  Before moving to Australia I had a chat with Paparazzi’s booker Jari Leskinen. I was panicking about my career choices. He thought that I should give scouting a chance.

For my first few months down under I worked for a smaller Australian agency. I worked in the office as a junior agent three days a week and spent some time around Sydney scouting at events and on the streets. I signed a few talents and I got more into scouting. After a different turn of events I ended up sending photos of one of my girls to IMG, an agency I always wanted to work for. Bridget, the girl I scouted, got signed and I signed an exclusive freelance scouting contract with them.

In my job every day is different. Sometimes I might spend the whole day in a shopping center or at a  cafè in the busy city center, sometimes I drive around beaches in Sydney, Gold Coast or Byron. Or I find myself at an Ariana Grande concert! It’s all about being where the teenagers are. I usually do some research online about events and then spend some time around that area. When I see a potential girl/guy I  have a chat with them and hand them a scouting card. If they are interested then their parents can contact the ladies in the office who make the final decisions as to who gets signed.

There might be times when I don’t find anyone for weeks, but then I go to one event and end up signing a couple of people. You have to be a bit lucky too. The best part of this job is to see your talents grow both as a person and professionally. I don’t have kids yet but I’m sure that this is what it feels like to see your kids achieving something cool. I’m so proud of all of my girls/guys.

What makes a good model?

I have been asked so many times, what it is that I look for when I’m scouting. Models need to be tall and skinny, that’s how it’s been for decades and that’s also one thing which probably won’t change anytime soon. There are a lot of beautiful girls but not all of them are models. When I’m scouting I might see a pretty, tall and skinny girl but I don’t get the right vibe and sometimes I don’t even know why. I guess that’s my sixth sense.

Most of the talents I have scouted are from 14-17-years-old. They have a good bone structure and interesting face. But a beautiful face is not the only thing which makes a successful model. That is personality. Most of the top models are on the top because they can handle the pressure and are nice people to work with. Models start their career really young and a lot of girls start traveling around the world right after high school. Most of the time they are far away from home, friends and family. The modeling industry is really competitive and it might be difficult for unsecure teenagers to get constantly criticised on their appearance. Modeling is so much more than just standing in front of a camera. It’s a lot of castings, stressful and long days, a lot of practising and networking.

Some of the models Elina has scouted:

This website uses cookies to improve your experience while you navigate through the website. Out of these cookies, the cookies that are categorized as necessary are stored on your browser as they are essential for the working of basic functionalities of the website. We also use third-party cookies that help us analyze and understand how you use this website. These cookies will be stored in your browser only with your consent. You also have the option to opt-out of these cookies. But opting out of some of these cookies may have an effect on your browsing experience.
Necessary Always Enabled
Necessary cookies are absolutely essential for the website to function properly. This category only includes cookies that ensures basic functionalities and security features of the website. These cookies do not store any personal information.
Non-necessary
Any cookies that may not be particularly necessary for the website to function and is used specifically to collect user personal data via analytics, ads, other embedded contents are termed as non-necessary cookies. It is mandatory to procure user consent prior to running these cookies on your website.
SAVE & ACCEPT